Although our members often have projects of their own that they are working on, we like to have something for anyone that doesn't or who would like to do something new, so most months there is a new project to try. Sometimes these can be very popular and sometimes not, and some of them end up published in national magazines, so some of what you see here, you may even have done yourself.

In January we had White Night, and this one seems to have faded away like the winter snow. Just one example of an (almost) white right angle weave bracelet. 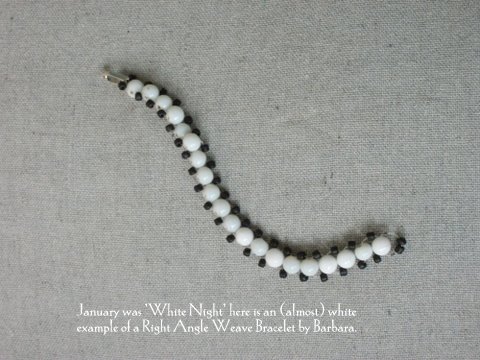 The February project was more popular. It featured Beaded Sieves by Barbara and here are several examples: a necklace with a three sieve centrepiece by Barbara, two brooches by Giulia and another brooch by Barbara and the centres of these two peyote bracelets by Dawn. 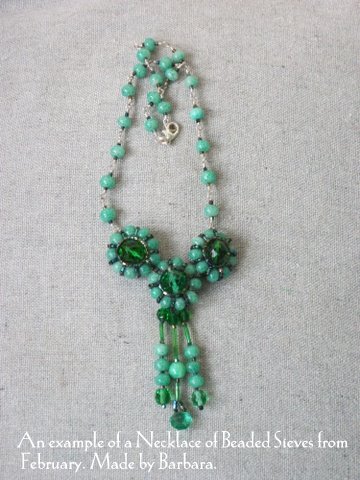 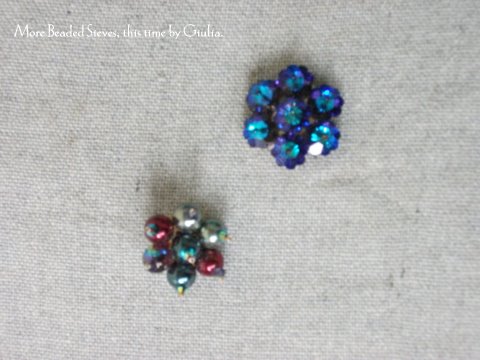 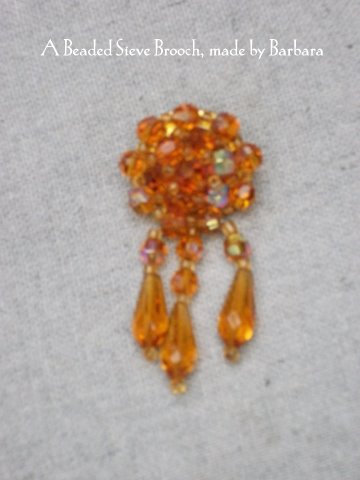 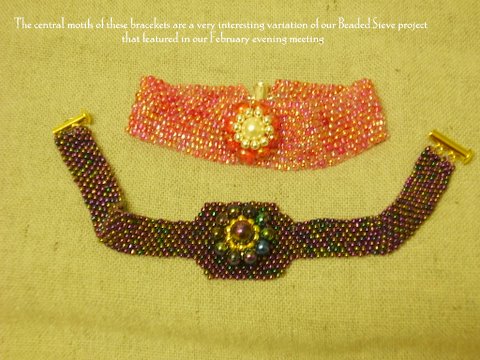 In March a design by Giulia for Beaded Leaves. Perversely, all the photographs suggest an autumn theme just as spring was arriving. The large collar and the smaller necklace are both by Giulia and the loose leaves are Barbara's handiwork. Those of you that went to the Bead Show at Harrow last year may remember seeing the large collar displayed on the Berkshire Beaders stand. 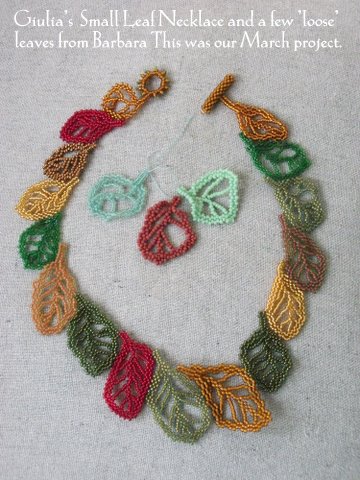 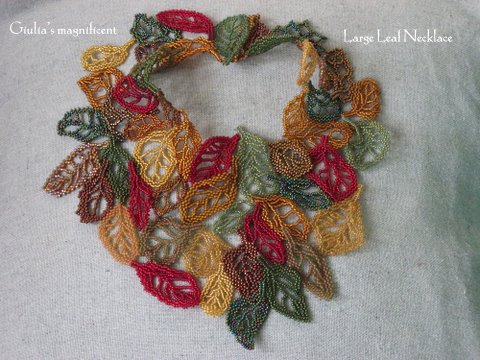 April saw Giulia's Pole to Pole Chain This went on to feature in the Bead Magazine. These two examples are a trial piece by Barbara and a completed bracelet, using the same colour combination, by Dawn. 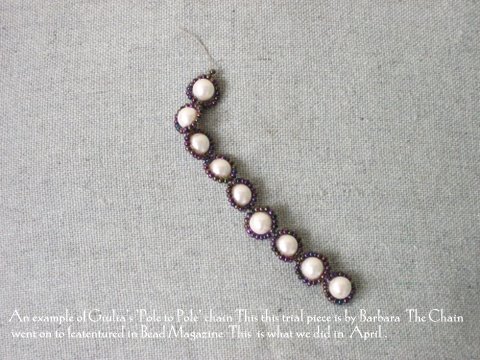 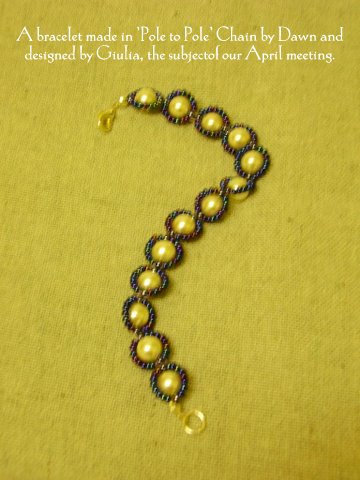 In May another project from Giulia, a Metal-Less Charm Bracelet. This was also published, this time in the Bead Society of Great Britain's Summer Newsletter (issue 96), and this was another design that proved to be popular. The first two photographs show Giulia's originals. The third and fourth are variations by Patricia, who liked the idea so much that she made a necklace using the same technique. (Note the clasp in the first photograph; we shall come back to this later in the year.) 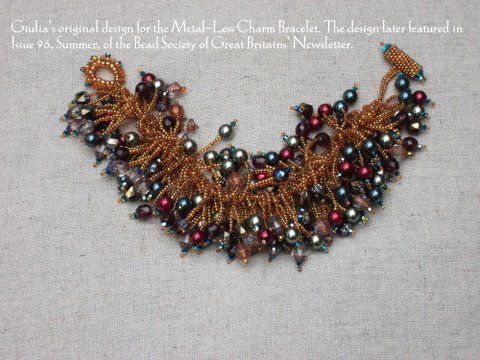 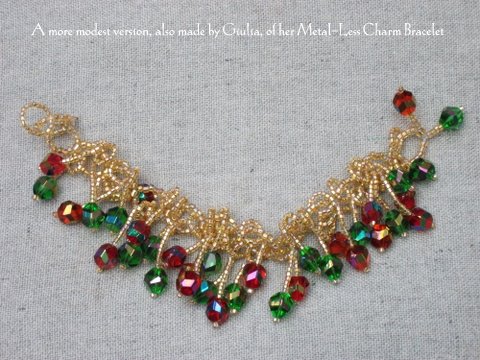 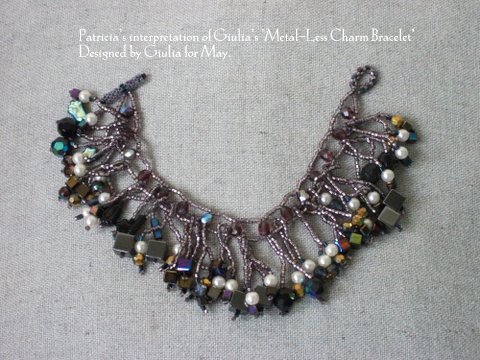 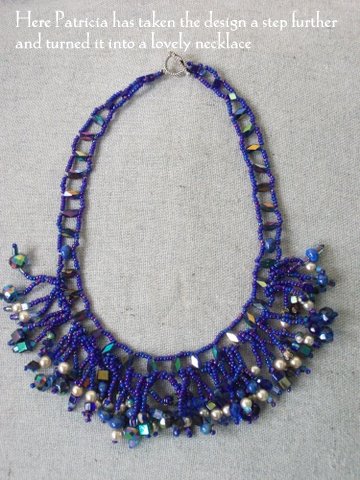 In June we re-visited our knitting skills with this Knitted Cuff designed by Barbara. The original version features gemstone chips and two further versions, from Giulia, with cultured pearls and seed beads. 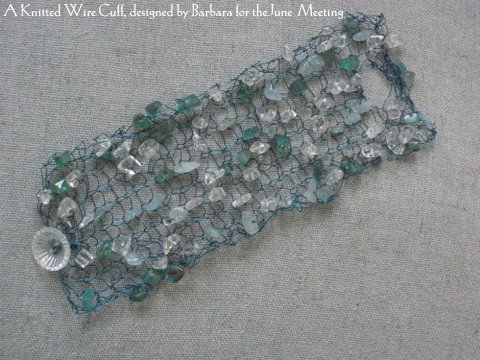 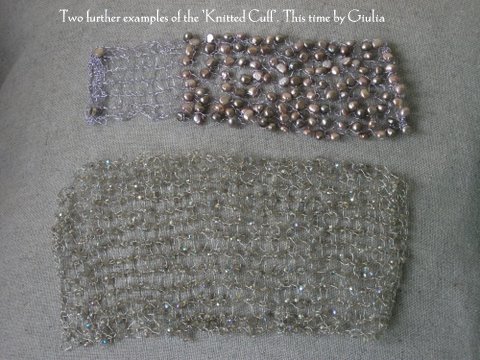 We all went round in circles in July as we tried Barbara's Brick Stitch Rings. The photographs show just how versatile these turned out to be. The first photograph features Barbara's original black and white necklace and earring example, then Dawn's necklace and Giulia's large embellished ring and two further earring suggestions by Barbara. The last photograph, which has already appeared on our website, is Dawn's Christmas decorations, using the same technique. 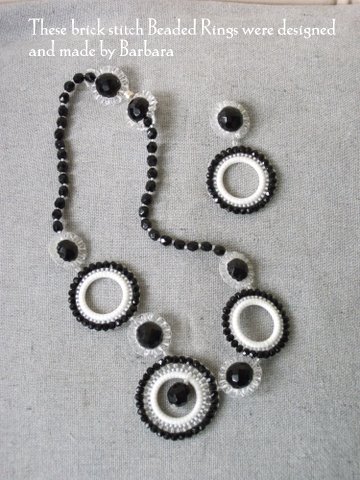 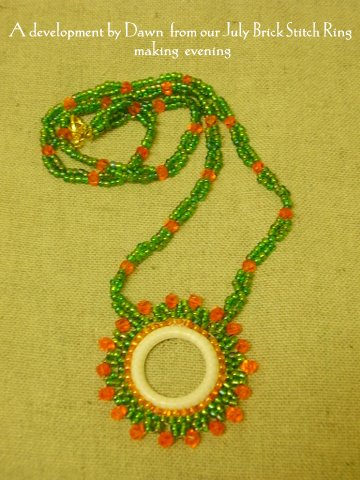 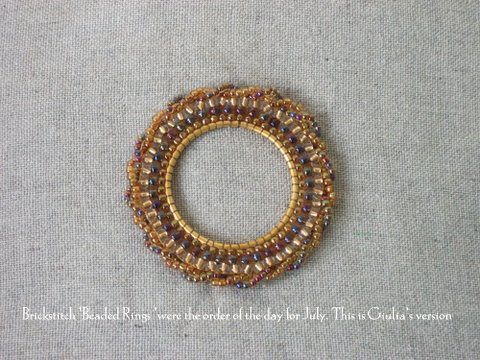 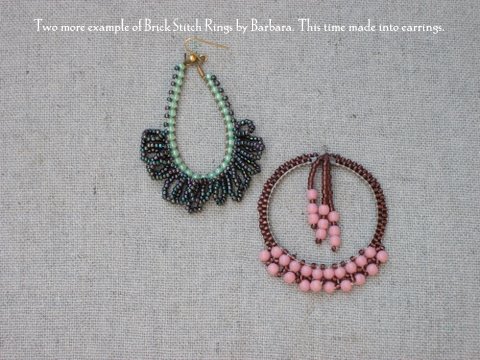 In August it seemed to be a case of 'great minds think alike'. Giulia suggested Beaded Book Marks at a committee meeting. Then at the members' meeting before we were due to make them, Dawn brought in some examples that she'd thought up, and when we received the Bead Magazine, there they were again. They proved very popular and many were made as presents. Here we have Giulia's version, Dawn's version and Barbara's version. 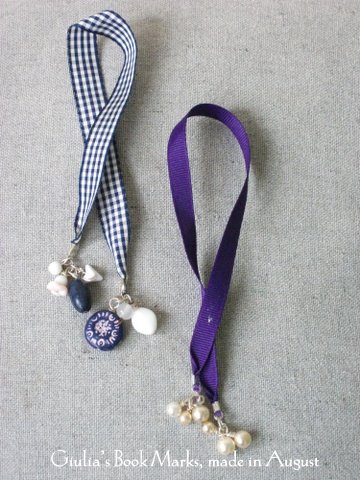 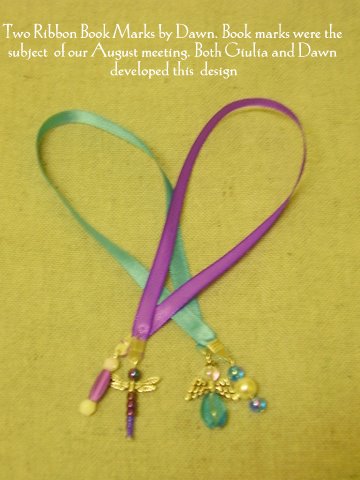 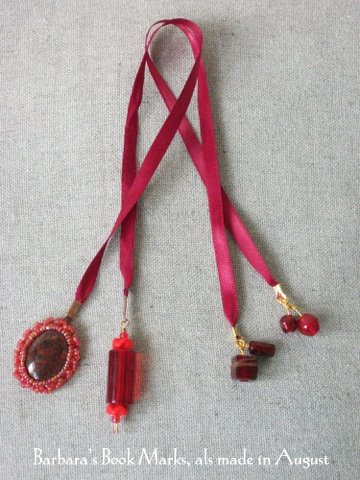 Our last month of featured projects is September, when we attempted Giulia's Beaded Toggle Clasps. All the examples below are from Giulia and the photographs are not upside down as they may appear as this time it is the clasp that is main focus of attention. (See also the first photograph from the Metal-Less Charm bracelet in May.) 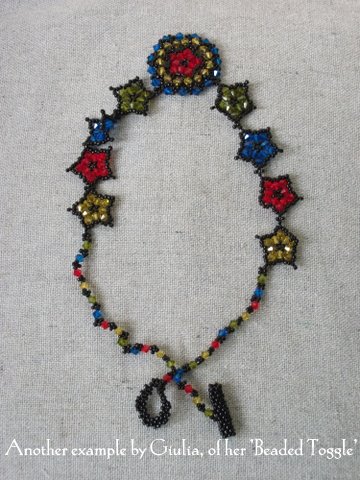 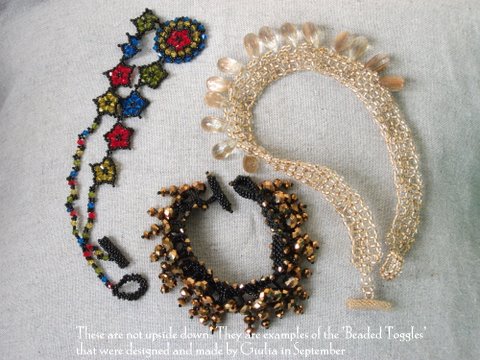